Marco Coti Zelati is an Italian musician, best known as the bassist of the Italian gothic metal band Lacuna Coil. The band’s third studio album, Comalies, released in October 2002, peaked at #178 on the Billboard 200 and Peaked at #9 on the Top Heatseekers and Independent Albums charts. Their 2012 release, Dark Adrenaline, peaked at number 15 on the Billboard 200. 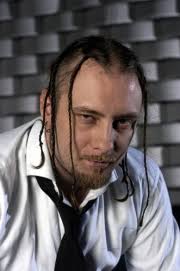 Marco Coti Zelati Facts:
*He was born on August 19, 1975 in Milan, Italy.
*Member of Italian metal band Lacuna Coil since 1994.
*He was in a relationship with Cristina Scabbia from 1994 to 2003.
*His hobbies include cooking, video games and cinema.