American film and television actress Marisol Nichols was born on November 2, 1973 in Chicago, Illinois, the daughter of Maria Patnick. She was raised in Naperville, Illinois. She is of Romanian-Hungarian descent on her father’s side, and of Mexican descent on her mother’s side. She is the oldest of three siblings, having two younger brothers. She is best known for her role in the sixth season of 24 as Special Agent Nadia Yassir. She has a perfect body which measures breast 36, waist 25 and hip 36. She has a height of 5 feet and 4 inches which is around 163 cm. She wears a size 8 shoe and her zodiac sign is Scorpio. 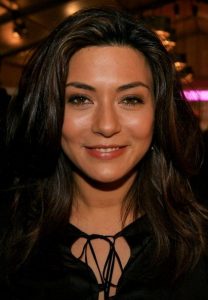 Marisol Nichols Facts:
*She is of Romanian-Hungarian and Mexican descent.
*She never met her father.
*She speaks conversational Italian.
*She was named “The Bombshell” of 2007 by Vibe Magazine, as part of their Hot 100.
*Follow her on Twitter, Facebook and Instagram.