Marley Shelton is an American actress of film and television. She has appeared in such films as Sin City, Grindhouse, Just a Kiss, Scream 4, Never Been Kissed, Women in Trouble, Grand Theft Parsons, Elektra Luxx, The Mighty Macs, and Decoding Annie Parker. She played Dr. Kerry Atkins, a scientist and astronaut in the 2018 American science fiction monster film Rampage. Her well-known television credits include Dark Shadows, Eleventh Hour and The Lottery. Born Marley Eve Shelton on April 12, 1974 in Los Angeles, California, to Carol and Christopher Shelton, she was raised in the residential neighborhood of Eagle Rock. She has three sisters; Erin, Koren and Samantha. She attended Eagle Rock High School in Eagle Rock, Los Angeles, California, and graduated from University of California, Los Angeles with honors, majoring in Film and Theatre. Her first role was in the 1991 film Grand Canyon. She married producer Beau Flynn in July 2001. Together they have two daughters, West and Ruby. 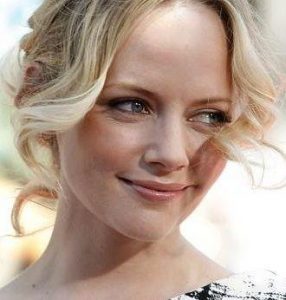 Marley Shelton Facts:
*She was born on April 12, 1974 in Los Angeles, California.
*Her mother, Carol, is a teacher and singer, and father, Christopher Shelton, is a director and producer.
*She appeared in the Stuff magazine sexiest woman of the year 2002, ranked at 98th position.
*She became engaged to producer Beau Flynn in July 2001.
*Follow her on Facebook and Instagram.