American actor, Matt LeBlanc is best known for his portrayal of Joey Tribbiani on the NBC sitcom, Friends, for which he received three Emmy nomination. He was born as Matthew Steven LeBlanc in Newton, Massachussetts to Patricia and Paul LeBlanc. He is of French-Canadian descent on his father’s side, and of Italian descent on his mother’s side. He married Missy McKnight in 2003, and the couple had a daughter named Marina Pearl in 2004 before getting divorced in 2006. 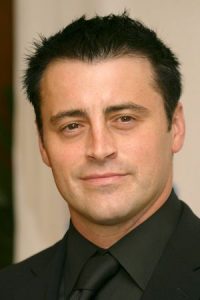 Relationships / Affairs / Girlfriend:
He was in a relationship with Andrea Anders from 2005 to 2014.

Matt LeBlanc Facts:
*He belongs to French, Canadian and Italian descent.
*One of People magazine’s 50 Most Beautiful People in the World (2000).
*He is fluent in French.
*He has three dogs named Lady, Shadow and Jay.
*He has a tattoo of a bike chain around his right bicep and above it is the name of his daughter, Marina Pearl.
*Follow him on Twitter, Facebook and Instagram.