Matthew Moy is an American actor and voice actor who co-starred as Han Lee on the CBS sitcom 2 Broke Girls, from 2011 to 2017. He also provides the voice of Lars Barriga on Steven Universe and Steven Universe Future. He has also appeared on several television shows, including Criminal Minds, Zeke and Luther, How I Met Your Mother, Good Luck Charlie, and Kickin’ It, and had a recurring role as Shawn the Mathlete on iCarly. Born Matthew James Moy on February 3, 1984 in San Francisco, California, his mother was a language therapist, while his father was a high school teacher. He has one elder sister. He attended the University of California, Davis, graduating with a bachelor’s degree in Japanese and a minor in linguistics. 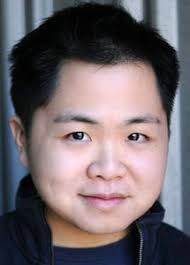 Matthew Moy Family Details:
Father: Was a high school teacher
Mother: Was a language therapist
Spouse/Wife: Unmarried
Children: No
Siblings: He has one elder sister.

Matthew Moy Facts:
*He was born on February 3, 1984 in San Francisco, California, USA.
*He describes himself as a third- or fourth-generation Chinese-American.
*He played Han Lee on the CBS sitcom 2 Broke Girls, from 2011 to 2017.
*He enjoys drawing and painting.
*Follow him on Instagram.