Max George is a British singer, songwriter and actor, best known as a member of the British-Irish boy band The Wanted. In 2013, George appeared with his bandmates in the E! channel reality television series The Wanted Life. In 2014, George landed his first acting role in the sixth series of the American television series Glee in the role of Clint, the leader of “Vocal Adrenaline”. Born Maximillian Albert George on September 6, 1988 in Manchester, England, to parents Mark and Barbara George, he has an older brother named Jack George. George was educated at Bolton School. He began his career as a footballer, playing for Preston North End Football Club. After an injury ended his football career. He began his music career by joining the boy band, Avenue. He has dated actress Michelle Keegan, model Nina Agdal, and Carrie Baker. 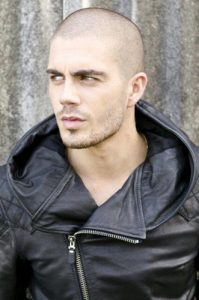 Max George Facts:
*He was born in Manchester, England on September 6, 1988.
*He started his career as a footballer, playing for Preston North End Football Club.
*He made his singing debut with the band Avenue in 2005.
*He participated in the 3rd edition of The X Factor as a part of the band Avenue.
*He was engaged to actress Michelle Keagan.
*Follow him on Twitter, Facebook and Instagram.