Mayim Bialik is an American actress who starred as Blossom Ruby Russo in the NBC sitcom Blossom from 1991 to 1995. From 2010 to 2019, Bialik played neuroscientist Amy Farrah Fowler on the CBS sitcom The Big Bang Theory, for which she was nominated four times for the Primetime Emmy Award for Outstanding Supporting Actress in a Comedy Series and won the Critics’ Choice Television Award for Best Supporting Actress in a Comedy Series in 2015 and 2016. Between 1995 and 2005, Bialik mostly did voiceover work for cartoons, such as The Real Adventures of Jonny Quest, Disney’s Recess and Kim Possible, Cartoon Network’s Johnny Bravo, and Nickelodeon’s Hey Arnold!. She also wrote a controversial book about raising kids. 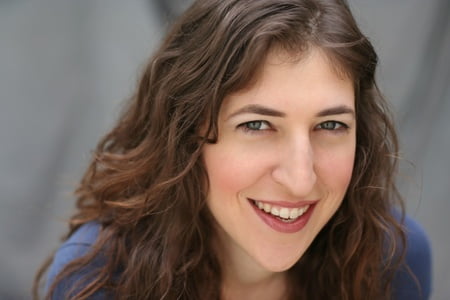 Born Mayim Chaya Bialik on December 12, 1975 in San Diego, California, to parents Barry and Beverly Bialik, her family were Jewish immigrants who lived in The Bronx, New York City. She has a brother, Isaac Brynjegard-Bialik. Bialik graduated in 1993 from North Hollywood High School in North Hollywood, California, and obtained a PhD in neuroscience from UCLA. She married Michael Stone in 2003, and they had two sons named Frederick and Miles before getting divorced in 2012.

Mayim Bialik Facts:
*Born on December 12, 1975 in San Diego, California, she is Jewish.
*Her first name means “water” in Hebrew.
*She began her career as a child actor.
*She received her Ph.D in neuroscience from UCLA (2008).
*From 1991 to 1995, Bialik starred in the hit TV series Blossom on NBC, playing Joey Russo.
*She acted as a music director for a Jewish A Cappella group, Shir Bruin while at UCLA in 2001.
*She plays piano, bass guitar, trumpet, as well as the harp which she learned to play for The Big Bang Theory.
*She was good friends with the late Bill Bixby.
*She is a vegan.
*She has adopted a wolf, a whale, and a manatee.
*She is an avid cat lover.
*Visit her official website: www.groknation.com
*Follow her on Twitter, Facebook, YouTube and Instagram.