McKayla Maroney is an American former artistic gymnast who was a member of the American women’s gymnastics team dubbed the Fierce Five at the 2012 Summer Olympics, where she won a gold medal in the team and an individual silver medal in the vault event. She also won gold medals at the 2011 World Championships and the 2013 World Championships. In 2016, Maroney retired from competitive gymnastics. Mckayla made her acting debut in the series Hart of Dixie (2011) and released her first official single Wake Up Call in March 2020. Born McKayla Rose Maroney on December 9, 1995 in Aliso Viejo, California, to parents Mike and Erin Maroney, she is the oldest of three children with siblings Tarynn and Kav. Maroney was homeschooled in order to train as an elite gymnast. 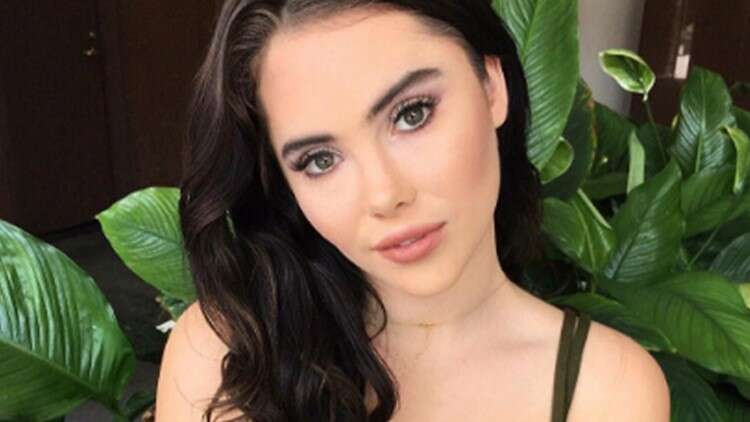 McKayla Maroney Education:
She was homeschooled.

McKayla Maroney Facts:
*She was born on December 9, 1995 in Aliso Viejo, California, USA.
*She is of Irish descent.
*Starting at age 2, Maroney got involved with gymnastics.
*She started training at Gym-Max in Costa Mesa, California when she was 9 years old.
*She started her senior career in 2011 at the age of 15.
*In 2012, Maroney won the silver medal in the vault finals and wasn’t happy with the winning. A photograph of her with a “not impressed” expression, taken after winning silver in the 2012 Olympics, became an Internet meme. Then-President Barack Obama copied the pose in November 2012.
*She was appeared in a music video for the song Up in the Air (2013) by the band 30 Seconds to Mars.
*Her father, Mike, died at the age 59, on January 15, 2019.
*Visit her official website: www.mckaylamaroney.com
*Follow her on Twitter, Facebook and Instagram.