McKey Sullivan is an American fashion model, best known as the winner of Cycle 11 of America’s Next Top Model (ANTM). As part of her win, she appeared on the cover of Seventeen Magazine with a 6-page editorial and received a contract with CoverGirl cosmetics and a contract for representation with Elite Model Management. She has also appeared on the cover or been featured in many fashion magazines including In Touch Weekly, Forest & Bluff Magazine, and Nylon Magazine. She has appeared for several advertisements under leading brands such as Forever 21, Rendezvous, Myer, Crabtree and Evelyn and Sass and Bide. Born Brittany Sullivan on September 9, 1988 in Lake Forest, Illinois, to parents Michael and Gayle Sullivan, she grew up with her two brothers and one sister. She graduated from Lake Forest High School. She majored in government and chemical biology from Ripon College where McKey was a member of Alpha Delta Pi sorority. Her modeling career began when she tried out for Elite Model Look following a sports injury and won the regional division of the competition. She married martial arts enthusiast Sam Alvey with whom she has three children. 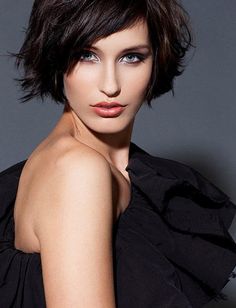 McKey Sullivan Facts:
*She was born on September 9, 1988 in Lake Forest, Illinois, USA.
*She was educated at Lake Forest High School and Ripon College.
*She won the eleventh cycle of America’s Next Top Model (ANTM).
*She walked for G-Star at Mercedes-Benz Fashion Week Fall 2009.
*She was named one of People magazine’s Most Beautiful People of 2009.
*She was appeared in the December 2008 issue of In Touch Weekly.
*She was ranked #44 sexiest woman of 2008 by BuddyTv.
*Follow her on Twitter, Facebook and Instagram.