Melissa Juratowitch is an Australian fashion model, best known for winning the eighth cycle of the reality television show Australia’s Next Top Model. She appeared on the cover of Harper’s Bazaar Australia in November 2013. In 2015, she appeared in editorials for magazines including Oyster, Nylon Singapore, Nüyou and Her World and graced the cover of Style:. Born on January 29, 1997 in Melbourne, Australia, she has an identical twin sister. Prior to auditioning for Australia’s Next Top Model, she featured in photo spreads and print ads for several local magazines and businesses. 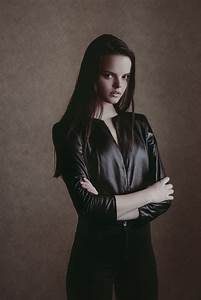 Melissa Juratowitch Facts:
*She was born on January 29, 1997 in Melbourne, Australia.
*She won the eighth cycle of Australia’s Next Top Model in 2013 when she was just 16.
*She signed a one-year modelling contract with IMG Sydney and worldwide representation by IMG London, New York, Milan and Paris.
*Follow her on Twitter and Instagram.