Melissa McIntyre is a Canadian former actress. She is best known for her role as Ashley Kerwin in the teen drama television series Degrassi: The Next Generation. She has also appeared in Redwall and Degrassi: Minis. Born on May 31, 1986 in Port Colborne, Ontario, Canada, she attended Ontario’s Port Colborne High School. At the age of 11, McIntyre made her television debut as an alien in the sci-fi series, Timesweep. In 1998, she was appeared in the television show, Real Kids, Real Adventures. 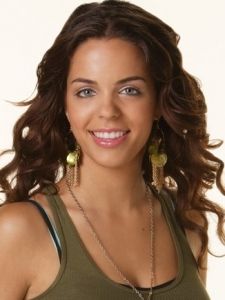 Melissa McIntyre Facts:
*She was born on May 31, 1986 in Port Colborne, Ontario, Canada.
*She was educated at Port Colborne High School.
*She made her television debut at eleven years old in the series, Timesweep.
*Before making her TV debut in 1997, she appeared in many community theatre productions, including ‘The Secret Garden,’ ‘The Wizard of Oz,’ and ‘The Children’s Hour.’
*She played the lead in the radio drama ‘Disco Does not Suck.’
*She portrayed Ashley Kerwin on Degrassi: The Next Generation.
*She voiced the character “Cornflower” in the cartoon series Mattimeo: A Tale of Redwall.
*Visit her official website: www.melissamcintyre.com
*Follow her on Twitter and Instagram.