Melissa Molinaro is a Canadian-American singer, actress, model, dancer and choreographer. She is best known for her appearances on Making the Band 3 and P*ssycat Dolls Present: The Search for the Next Doll. She has co-starred in Dolph Lundgren’s 2009 action film, Command Performance, and had a major role in Honey 2. Molinaro has released such singles as “I Believed”, “Lost in Love”, “Dance Floor”, “Shake The World/Goodbye Forever”, and “The One”. Born Melissa Ann Smith on June 4, 1982 in Ontario, Canada, to parents Divina and Stephen Smith, her family moved to Rochester Hills, Michigan when Molinaro was just 13 years old. She has one brother named Nicholas. She married Bryan Kowalski in 2016. They have two children. 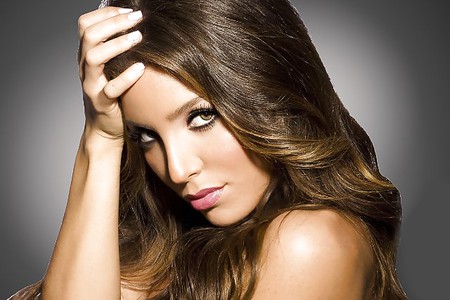 Melissa Molinaro Facts:
*Born on June 4, 1982 in Ontario, Canada, she is of English descent on her father’s side, and of Italian descent on her mother’s side.
*She began figure skating at the age of 3 and at age 5 started gymnastics.
*She attended Deborah’s Stage Dance Door Performing Arts Academy.
*She was the lead vocalist in a pop group called Goddess when she was 18.
*Her 2008 song “Lost In Love” was featured on the album “Soul By The Pound” from Fluid Music USA.
*Her favorite song is ‘Man In The Mirror’ by Michael Jackson.
*She is best friend of Aubrey O’Day.
*Visit her official website: www.maebymelissa.com
*Follow her on Twitter, YouTube, Facebook and Instagram.