Melita Toniolo is an Italian actress, model, showgirl and television presenter. She has hosted several fashion shows, conventions, music festivals, and comedy shows. Melita was one of the Italian Big Brother housemates and was the correspondent of the Italian TV show Lucignolo. As an actress, she made her debut in the 2007 film A Light of Passion, directed by Ulderico Acerbi. Born Carmela Toniolo on April 5, 1986 in Treviso, Veneto, Italy, she has an older sister and two nieces. She worked as a fashion model before she began a career in television. She has been in a relationship with comedian Andrea Viganò (aka Pistillo) from 2015. They have a son together. 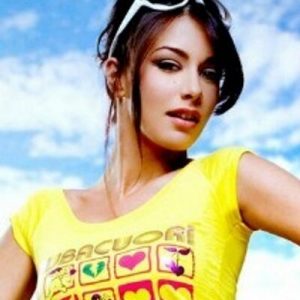 Melita Toniolo Facts:
*She was born on April 5, 1986 in Treviso, Veneto, Italy.
*She began her career as a model in 2003.
*She made her theater debut in the comedy 9 mesi e un giorno in March 2015.
*She has her own blog, TinyMelita.
*Visit her official website: www.melitatoniolo.com
*Follow her on Twitter, Facebook and Instagram.