Menna Fadali is an Egyptian actress and singer. She is known for the television work on series such as Almalek Farouq, Lahazat harega, El Nas fi Kafr Askar, Afarit El Sayala, and Lahazat harega. She played Bosaina Yossef’s Sister in the 2010 Egyptian film El Dealer (The Dealer). As a singer, Fadali has released her first song “Masria Ana” (I am Egyptian). Born on September 4, 1983, in Cairo, Egypt, her mother was an assistant director. She graduated from the Faculty of Tourism and Hotels. Her acting career started in 2002 in the television series Ayana Kalby, after she was introduced by her mother to director Magdy Abu Emeira. She got married secretly to Egyptian composer Mohammed Diyaa Al Din without her parents knowing, and split from him only seven months after the wedding. 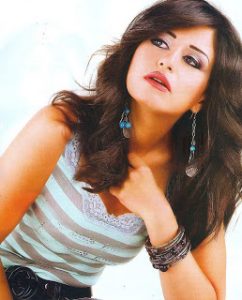 Menna Fadali Education:
Graduated from the Faculty of Tourism and Hotels.