German professional footballer Mesut Ozil Biography, Family, Height, Weight, Age, Measurements will be discussed here. Mesut Ozil personal details can be checked here. He is known for his technical skills, creativity, passing skills, and vision. In 2011, Özil made the second most assists with Real Madrid in La Liga with 17 and the most assists in major European competitions with 25.

Mesut Özil is a German professional football player of Turkish descent. He plays as an attacking midfielder for Süper Lig club Fenerbahçe. Özil previously played for Schalke 04 (2006-08), Werder Bremen (2008-10), Real Madrid (2010-13) and Arsenal (2013-21) before joining Fenerbahçe in 2021. Özil is also known for his performances with the German national team. He was part of the squad that won the 2014 FIFA World Cup.

Born on October 15, 1988 in Gelsenkirchen, Germany, he is a third generation Turkish-German. Mesut started his football education at the club DJK Westphalia, where he was enrolled by his father in 1995. He played for his first major club, FC Schalke 04, in 2005. 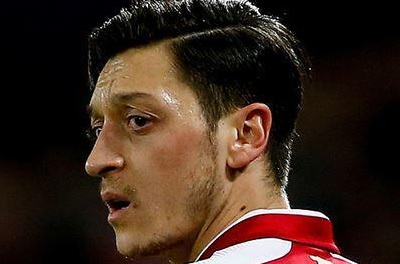 Mesut started dating Miss Turkey 2014, Amine Gülşe in 2017 and then got married in June of 2019. Together, they have a daughter named Eda. He previously dated pop singer Mandy Capristo and Anna Maria Lagerblom.

Mesut Ozil Facts:
*He was born on October 15, 1988 in Gelsenkirchen, Germany.
*He began his professional soccer career with FC Schalke 04 in 2006.
*He played for Real Madrid from 2010 to 2013.
*He joined Arsenal in September 2013 at a transfer fee believed to be around €50 million.
*Follow him on Twitter, YouTube, Facebook and Instagram.