Singer and songwriter, Michael Bolton is famous for his soft-rock ballads in the adult contemporary genre. His accolades include two Grammys for Best Pop Male Vocal Performance (nominated four times), six American Music Awards, and a Star on the Hollywood Walk of Fame. As a songwriter, he has earned over 24 BMI & ASCAP Awards, including Songwriter of the Year, 9 Million-Air awards, and the Hitmakers Award from the Songwriters Hall of Fame. He has sold eight top ten albums. Born Michael Bolotin on February 26, 1953 in New Haven, Connecticut, to Helen and George Bolotin, he has an older brother, Orrin, and an older sister, Sandra. He was raised Jewish, and all of his grandparents had been immigrants from Russia. On May 4, 1975, he married Maureen McGuire and the couple divorced in 1990. He has three daughters: Isa, Holly and Taryn. 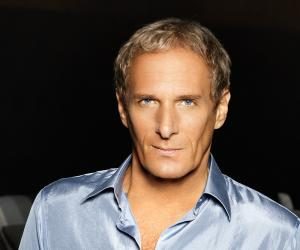 Michael Bolton Facts:
*He belongs to Jewish family.
*He is a vegetarian.
*He was frontman in the American rock band Blackjack.
*He was once engaged to actress Nicollette Sheridan
*Visit his official website: www.michaelbolton.com
*Follow him on Twitter, Facebook and Myspace.