Michael D. Cohen is a Canadian actor. He is best known for his portrayal of Schwoz Schwartz on the Nickelodeon television series Henry Danger and its spin-off, The Adventures of Kid Danger. His film credits include It Was You Charlie, Suburbicon, Whiplash and An Evening with Beverly Luff Linn. Cohen was the voice of Ty Archer in the animated TV series Grossology for which he and the ensemble received a Gemini Award nomination, the Canadian equivalent to an Emmy nomination. Born Michael Dwayne Cohen on November 22, 1975 in Winnipeg, Manitoba, Canada, he moved with his family to Richmond, British Columbia, Canada when he was 10 years old. He landed his first voice-over job for the animated TV series Pippi Longstocking. He currently resides in Los Angeles. 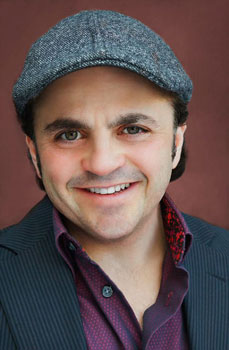 Michael D. Cohen Facts:
*He was born on November 22, 1975 in Winnipeg, Manitoba, Canada.
*He moved to Vancouver with his family where he spent his formative years.
*He wanted to be an actor from childhood.
*He won a Young Playwright’s Contest at the age of 12.
*He has a master’s degree in adult education focusing on transformative education for performers.
*He served as Co-Chair of the SAG-AFTRA Hollywood Conservatory at the American Film Institute and member of the SAG-AFTRA National Conservatory Committee.
*In his free time, he enjoys mountaineering, rock climbing, paddle boarding, and scootering on his 125 cc Genuine Motor Scooters Buddy.
*Visit his official website: www.michaeldcohen.com
*Follow him on Twitter, YouTube, Facebook and Instagram.