Michael Rispoli is an American character actor who portrayed the role of Jackie Aprile, Sr. in the HBO original series The Sopranos. He also played Rudy Pipilo on the HBO series The Deuce. His notable film appearances include: While You Were Sleeping (1995), The Taking of Pelham 123 (2009), Kick-Ass (2010), The Rum Diary (2011), and The Reunion (2011). Born Michael Vincent Rispoli on November 27, 1960 in Tappan, New York, he is one of eingt children to Madeline (Buonocore) and Ralph O. Rispoli. He attended Tappan Zee High School, and majored in theater at State University of New York at Plattsburgh and graduated in 1982. He made his acting debut in the 1992 film, Night and the City. He is married to Madeline L Crawford with whom he has three children. 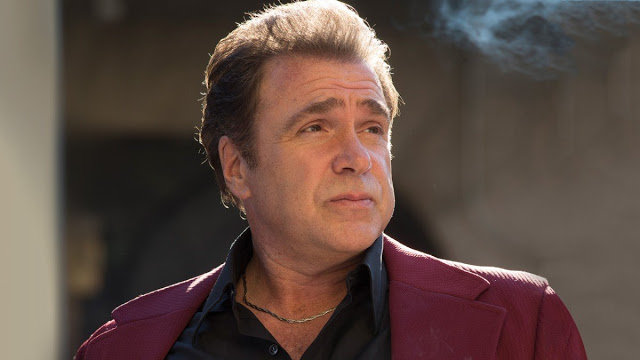 Michael Rispoli Facts:
*He was born on November 27, 1960 in Tappan, New York, USA.
*He is a second-generation Italian American.
*He played football while in high school.
*He trains in Tae Kwon Do in his spare time and makes wine.