Michelle Ryan is an English actress. She is best known for her portrayal of Zoe Slater on the BBC soap opera EastEnders, and for her role as Jaime Sommers in the short-lived American television series Bionic Woman. Ryan is also known for her roles as Nimueh in the 2008 BBC fantasy series Merlin, and as Lady Christina de Souza in the 2009 Doctor Who episode “Planet of the Dead” and has appeared in several films, including I Want Candy, Flick, 4.3.2.1., Cleanskin, Girl Walks into a Bar, and The Last Photograph. Born Michelle Claire Ryan on April 22, 1984 in Enfield, Greater London, to parents Tina and Craig Ryan, she has one brother named Mark. She was educated at Chace Community School. Ryan began her career appearing in a Dance Gala at The London Palladium with “Wayne Sleep” (1998). 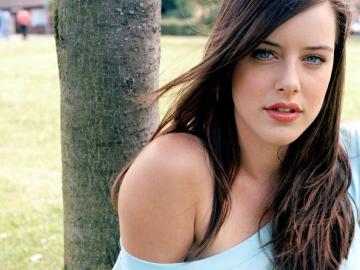