Mike Posner is an American singer-songwriter, record producer and poet. He is best known for his debut album 31 Minutes to Takeoff, which included hit singles like “Please Don’t Go”, “Bow Chicka Wow Wow” and “Cooler Than Me.” Mike released his second album, At Night, Alone, in 2016, which featured both originals and remixes of “I Took a Pill in Ibiza” and “Be As You Are”. Born Michael Robert Henrion Posner on February 12, 1988 in Detroit, Michigan, USA, his father, Jon Posner, was a defense attorney and his mother, Roberta Henrion, was a pharmacist. He has an older sister. He is of Ashkenazi Jewish descent on his father’s side, and of French, English, German, Polish, and Irish descent on his mother’s side. He completed his schooling from Groves High School in Michigan, and graduated with a degree in sociology from Duke University in North Carolina. 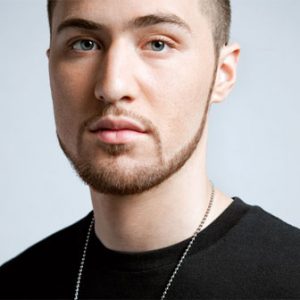 Mike Posner Facts:
*He was born on February 12, 1988 in Detroit, Michigan, USA.
*His ancestry includes Ashkenazi Jewish, French, English, German, Polish, and Irish.
*He attended Duke University and earned a degree in sociology.
*He released his first book of poetry, Tear Drops & Balloons in March 2017.
*Visit his official website: www.mikeposner.com
*Follow him on Twitter, YouTube, Facebook and Instagram.