Monica Aldama is an American cheerleading coach and television personality who rose to fame after being appeared on Netflix’s popular 2020 TV series Cheer. She is currently the coach of the elite co-ed cheerleading team at Navarro College in Corsicana, Texas. Aldama has won multiple national and world championships as a cheerleading coach. Born on February 9, 1970 in Corsicana, Texas, she has been cheerleading since she was in high school. She graduated from Corsicana High School and enrolled at the University of Texas at Austin where she earned a B.B.A. in Finance from the McCombs School of Business. She also attended the University of Texas at Tyler for a Master of Business Administration. 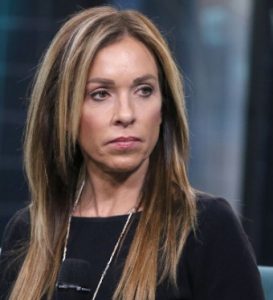 Monica Aldama Facts:
*She was born on February 9, 1970 in Corsicana, Texas, USA.
*She has been cheerleading since she was in high school.
*She rose to fame after being featured on Netflix’s “Cheer” docu-series.
*She is a 14-time NCA Collegiate National Cheer Champion.
*She lives in Corsicana with her husband and has two kids, both college athletes at SMU.
*Follow her on Twitter, Facebook and Instagram.