Morgan Saylor is an American actress who portrayed Dana Brody in the Showtime series Homeland, for which she was nominated for the Screen Actors Guild Award for Outstanding Performance by an Ensemble in a Drama Series in 2013 and 2014. She has also appeared in such films as White Girl, The Greening of Whitney Brown, Being Charlie, We the Coyotes, Blow the Man Down, Father of Invention and Cirque Du Freak: The Vampire’s Assistant. Saylor made her stage debut in June 2014 at the Manhattan Theatre Club as Penny in When We Were Young and Unafraid. 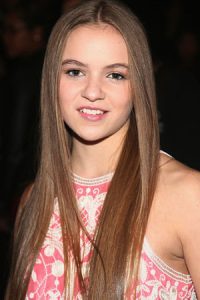 Morgan Saylor Facts:
*Born on October 26, 1994 in Chicago, Illinois, her full name is Morgan Frances Saylor.
*She moved to Villa Rica, Georgia at age two, and Decatur, Georgia at age ten.
*She was educated at Decatur High School and The University of Chicago.
*From 2011 to 2013, she starred as Dana Brody in the Showtime drama series Homeland.
*She is also a nationally ranked rock climber.
*Follow her on Instagram.