Morissette Amon is a Filipino singer and actress who rose to prominence by finishing second on the “Star Factor” singing competition. In March 2015, she released her self-titled debut album, Morissette, for which she won the New Female Recording Artist of the Year by the 7th PMPC Star Awards for Music in November 2015. She competed on the first season of ABS-CBN’s The Voice of the Philippines, where became part of singer Sarah Geronimo’s team. Born Johanne Morissette Daug Amon on June 2, 1996, in Minglanilla, Cebu, Philippines, to parents Analie and Amay Amon, she has one younger brother named Jeremy Mattheu Amon. At the age of 14, she auditioned for “Star Factor” where she sang the Beyonce Knowles song “Love on Top”. Morissette was educated at Asian College of Technology. 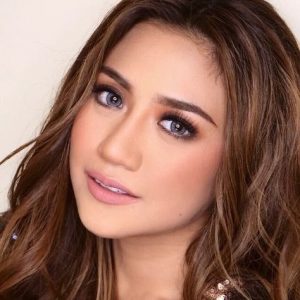 Morissette Amon Facts:
*She was born on June 2, 1996, in Minglanilla, Cebu, Philippines.
*She placed second on TV5’s Star Factor at the age of fourteen.
*She won the Female Artist of the Year on M.O.R. Pinoy Music Awards in August 2016.
*Follow her on Twitter, Facebook and Instagram.