Motsi Mabuse is a South African professional dancer and reality star, best known for her appearances on Let’s Dance, the German version of Strictly Come Dancing. She started off as a professional dancer but later became a judge on the show. In 2019, Mabuse became a judge on BBC’s Strictly Come Dancing. Born Motshegetsi Mabuse on April 11, 1981 in Mankwe, South Africa, to parents Peter and Dudu Mabuse, her family moved to Pretoria when she was five. Her younger sister Otlile is also a professional dancer. Motsi studied at the University of Pretoria, where she became interested in dancing. She first achieved fame in 2007 through the second season of the RTL dance show Let’s Dance, in which she was partnered with Guildo Horn. She has been married to Evgenij Voznyuk since 2017. They have one child together. She was previously married to Ukrainian dancer Evgenij Voznyuk from 2003 to 2014. 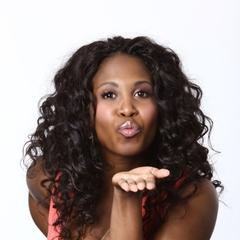 Motsi Mabuse Facts:
*She was born on April 11, 1981 in Mankwe, South Africa.
*Older sister of fellow dancer Oti Mabuse.
*She appeared as a professional dancer on Let’s Dance, the German version of Strictly Come Dancing and later became a judge on the show.
*She won the German Latin dance contest with the Ukrainian dancer Evgenij Voznyuk in 2013.
*She has been a judge on BBC’s Strictly Come Dancing since 2019.
*Visit her official website: www.motsi-mabuse.de
*Follow her on Twitter, Facebook and Instagram.