Nader Guirat is a Tunisian pop rock singer-songwriter and musician who is the winner of the Star Academy Arab World, the 5th season. At Star Academy, he primarily performed a non-Arabic repertoire of songs interpreting varied genres of Pop, Rock, House, acoustic and variété Française in English, Italian, Spanish, French, as well as Arabic. He sang Tina Arena, Chris De Burgh, Alessandro Safina, Nadia, Yves Larock, Karl Wolf, Cheb Khaled, Akram Sedkaoui, Amel Bent, Massari, Hot Banditoz and Ahmed Al-Sherif. In 2011 he formed his new band, OxyMore. In February 2012, Guirat released the single, I’m Waiting, and released a music video of the song in July 2012. Born on May 16, 1986 in Sousse, Tunisia, to Raoudha Boukthir and Nejib Guirat, he is the oldest child of three, with a younger sister named Nahed and a younger brother named Zied. His made his first public performance at the age of 5 in nursery school, where he performed songs of late veteran Egyptian singer Abdul Halim Hafiz. He has been married to Laila Boughattas since 2016. Together they have one daughter, Tamara. 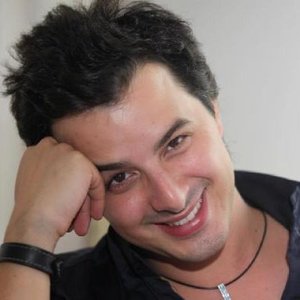 Nader Guirat Facts:
*He was born on May 16, 1986 in Sousse, Tunisia.
*He rose to fame in 2008 after winning the 5th season of Star Academy Arabia.
*He formed his new band OxyMore in 2011.
*He is married and he has a daughter named Tamara.
*Visit his official website: www.naderguirat.com
*Follow him on Twitter, YouTube, Facebook and Instagram.