Nadia Forde is an Irish model, singer, actress and television personality who was a contestant on the fourteenth series of the UK reality TV series hit I’m a Celebrity…Get Me Out of Here!, where she finished in ninth place. In 2014, Forde appeared in her own show Nadia Goes to Hollywood. She was also a regular guest on RTE’s The Republic of Telly and a contestant on TV3’s Celebrity Salon in 2012. Her debut single, “BPM”, reached #8 at UK’s Urban Club chart. Born on May 3, 1989 in Dublin, Ireland, to parents Berenice Paolozzi and Stephen Forde, she is of Italian descent. Her parents divorced when she was age seven, and she was raised by her grandmother and relatives. She has one younger brother named Stephen. In 2014, Forde began dating rugby player, Dominic Day. They became engaged in 2016 and married in 2019. Together they have one daughter, Wyatt Winnie. 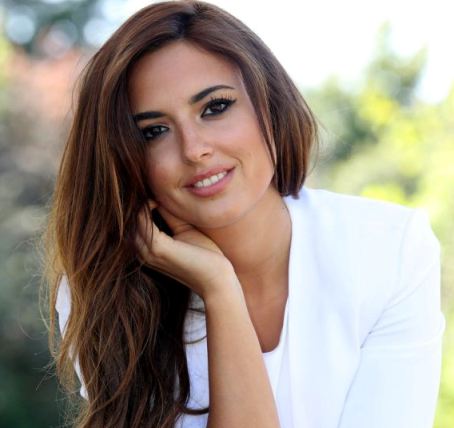 Nadia Forde Pineda Facts:
*She was born on May 3, 1989 in Dublin, Ireland.
*Her parents divorced when she was seven years old.
*Her mother died from lymphoma in June 2015.
*She is the first Irish lady to enter the I’m A Celebrity… jungle.
*She released her debut single “BPM” in 2014.
*She was named as one of the 100 Sexiest Women in the World.
*In September 2013, she sang the national anthem prior to Ireland’s international football match against Sweden.
*In late 2013, Forde released her debut calendar for 2014.
*She is good friends with models Georgia Salpa, Sarah Morrissey, Tiffany Stanley, and Vogue Williams.
*Her fashion icons are Cheryl Cole, Kate Middleton, and Miranda Kerr.
*Visit her official website: www.nadiaforde.com
*Follow her on Twitter, Facebook and Instagram.