Luke Wilson is an American actor. He has appeared in many films, notably Idiocracy, My Super Ex-Girlfriend, The Royal Tenenbaums, Blue Streak, The Ridiculous 6, Old School, Bottle Rocket, Bongwater, and Legally Blonde. From 2011 to 2013 Wilson played Levi Callow in the HBO television series Enlightened. In 2016 he starred as Bill in the Showtime series Roadies. Born Luke Cunningham Wilson on September 21, 1971 in Dallas, Texas, he is the son of Laura (Cunningham), a photographer, and Robert Andrew Wilson, an advertising executive, and younger brother to actors Owen Wilson and Andrew Wilson. He began his acting career with the lead role in the short film Bottle Rocket (1996). 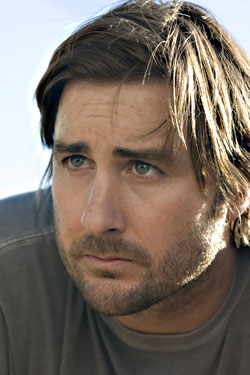 Luke Wilson Facts:
*He was born on September 21, 1971 in Dallas, Texas, USA.
*He is of Irish descent.
*He is the younger brother of Owen Wilson and Andrew Wilson.
*He made his film debut in Bottle Rocket (1996).
*He often works with his brother Owen Wilson.