Nadia Turner is an American performer who was the eighth-place finalist on the fourth season of the reality television series American Idol. Prior to auditioning for American Idol, she was a cheerleader for the Miami Dolphins and sang at the G8 summit. She has also appeared in the shows The Ellen DeGeneres Show, The Tonight Show with Jay Leno, and The Tony Danza Show. Turner released her ingle “Standing On Love” in 2008. Born Nadia Constance Turner on January 11, 1977 in Miami, Florida, USA, she began singing at 5 years old. She won her first trophy at age 11 in the Betetees Sorority talent show, and won her first pageant at age 15 singing in the Miss Martin Luther King, Jr. pageant. She attended art-driven schools in Miami from elementary throughout college at Florida International University. She has a daughter. 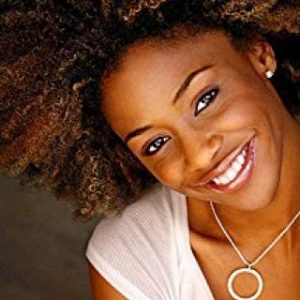 Nadia Turner Facts:
*She was born on January 11, 1977 in Miami, Florida, USA.
*She began singing at the age of five.
*She was hired as a cheerleader by the NFL team, Miami Dolphins in 1996.
*She was a contestant on Season 4 of American Idol.
*She sang at the 26th G8 summit to President Clinton and seven world leaders in Okinawa, Japan in 2000.
*She has served as the UNICEF Goodwill Ambassador.
*Visit her official website: www.nadiaturner.com
*Follow her on Twitter, Facebook and Instagram.