Nancy Travis is an American actress of film and television. She is known for her roles in television, such as Almost Perfect, Work with Me, The Bill Engvall Show, Becker, and Last Man Standing, and in the films Three Men and a Baby, and its sequel, Three Men and a Little Lady, Passed Away, So I Married an Axe Murderer, Chaplin, Internal Affairs, Air America, Greedy, and the 1995 Fluke. Born as Nancy Ann Travis on September 21, 1961 in New York City, to Theresa, a social worker, and Gordon Travis, a sales executive, she grew up in Boston, Massachusetts, and Baltimore, Maryland. She graduated in 1979 from Framingham North High School, and studied drama at New York University. Nancy started her career on Off-Broadway theater, and made her film debut in Malice in Wonderland (1985). She has been married to Robert Fried since 1994. They have two sons, Benjamin and Jeremy. 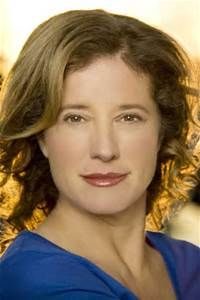 Nancy Travis Facts:
*She was born in New York City on September 21, 1961.
*Her mother, Theresa, is a social worker, and her father, Gordon Travis, is a sales executive.
*She is a 1979 graduate of Framingham North High School.
*She is the founding member of the New York-based off-Broadway theater company, Naked Angels.
*Follow her on Twitter.