Naomi Scott is a British actress and singer. She is best known for starring as Princess Jasmine in Disney’s fantasy-adventure film Aladdin, which is the live-action adaption of the animated film of the same name. She played Kimberly “Kim” Hart / Pink Ranger in the 2017 superhero film Power Rangers, opposite Dacre Montgomery and RJ Cyler and starred in the 2019 action comedy film Charlie’s Angels. Scott was cast as Maddy Shannon in the science-fiction drama series Terra Nova in 2011. As a singer, Scott started her career with Bridge Church Youth Band. She released her debut EP Invisible Division independently as a digital download on August 25, 2014. It includes singles such as “Say Nothing,” and “Motions.” Born Naomi Grace Scott on May 6, 1993 in Hounslow, United Kingdom, to parents Usha (Joshi) and Christopher Scott, she is of English descent on her father’s side, and of Indian descent on her mother’s side. She has an older brother named Joshua. Scott was educated at Davenant Foundation School in Loughton, Essex, England. She was discovered by Kelle Bryan, a pop singer from the band Eternal, who signed her as a client to her entertainment agency. She gained international attention with her performances in the science fiction drama series Terra Nova and the Disney Channel teen film Lemonade Mouth. On June 7, 2014, Scott married English footballer Jordan Spence after three years of dating. 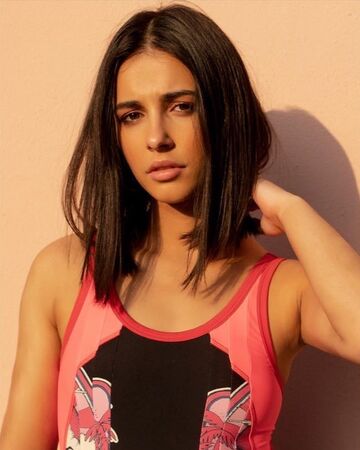 Naomi Scott Facts:
*She was born on May 6, 1993 in Hounslow, United Kingdom.
*She belongs to both Indian and English descent.
*Her father is English and her mother, who is from Uganda, is from a Gujarati Indian family.
*She began her professional career in 2008.
*She portrayed Princess Jasmine in the live-action adaptation of Disney’s Aladdin, directed by Guy Ritchie.
*She enjoys singing, songwriting, dancing and playing piano.
*Visit her official website: www.naomiscottmusic.com
*Follow her on Twitter, YouTube, SoundCloud, Facebook and Instagram.