Natalia Dyer is an American actress born in Nashville, Tennessee. She is best known for playing the role of Nancy Wheeler in the Netflix science fiction horror series Stranger Things. She played Davina in the 2014 film I Believe in Unicorns. She made her film debut in the 2009 teen musical comedy-drama film Hannah Montana: The Movie. Her first major film role was in the 2011 film The Greening of Whitney Brown, where she played supporting character Lily. Born in Nashville, Tennessee, on January 13, 1997, Natalia has been acting since the age of 12. In 2017, she began dating actor Charlie Heaton. 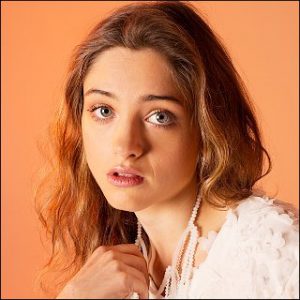 Natalia Dyer Facts:
*She started acting professionally when she was 12.
*She made her film debut in the 2009 film Hannah Montana: The Movie.
*She is a student at New York University.
*Follow her on Twitter and Instagram.