Natalie Zea is an American actress of television, film and theatre. She is best known for television roles as Karen Darling on ABC’s Dirty Sexy Money, Winona Hawkins on the FX crime drama series, Justified, Gwen Hotchkiss on the NBC soap opera Passions, Trish Agermeyer on the ABC drama series Eyes, and Dr. Claire Matthews on the Fox drama series The Following. Her film credits include The Other Guys, InSight, Grey Lady, and Too Late. Born on March 17, 1975 in Harris County, Texas, she was raised in Monahans, Texas. Her mother name is Jennifer Zea. She attended high school in Monahans and graduated in 1993. She graduated in 1995 from the American Musical and Dramatic Academy in New York City. She started her acting career in theatre, appearing in productions of The Three Sisters and A Midsummer Night’s Dream. She landed her first major role in 2000 as “Gwen Hotchkiss” on the NBC daytime soap opera Passions. In July 2014, she married her Passions co-star Travis Schuldt. Together they have one daughter, Reygan Zea Schuldt. 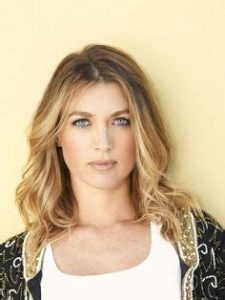 Natalie Zea Facts:
*She was born on March 17, 1975 in Harris County, Texas, USA.
*She grew up in Monahans, Texas.
*She began her acting career in theatre.
*Maxim named her #80 in its 2008 Hot 100 ranking of the world’s hottest women.
*Follow her on Twitter, Facebook and Instagram.