Natasha O’Keeffe is an English actress of stage, film and television. She is best known for starring as Abbey in the E4 comedy-drama series Misfits, Fedora in ITV’s television series Jekyll and Hyde, Lizzie Stark in the BBC Two series Peaky Blinders, Sadie Anderson in the BBC3 series Lip Service, and Emelia Ricoletti in the Sherlock New Year special episode “The Abominable Bride”. She has appeared in the films Abraham’s Point, Svengali and Filth. Born Natasha Dervill O’Keeffe on December 1, 1986 in Brighton, United Kingdom, she moved to London at the age of 1 and was raised in Tooting, South London. She attended the Royal Welsh College of Music and Drama. O’Keeffe first came to public attention in 2008, appearing in the rock band Oasis’s 2008 “Falling Down” music video. She is married to actor Dylan Edwards with whom she has two children: a son and a daughter. 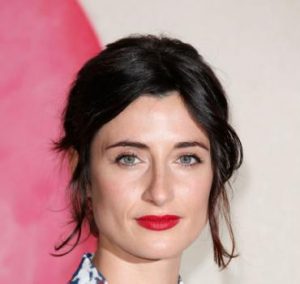 Natasha O’Keeffe Facts:
*She was born on December 1, 1986 in Brighton, United Kingdom.
*Her parents are Caroline and Paul O’Keeffe.
*Her first year was spent in Cavan, after which O’Keeffe was raised in Tooting, south London.
*She trained at The Royal Welsh College of Music and Drama.