Nathan Kress is an American actor, director, and former child model. He is best known for his portrayal of Freddie Benson on the Nickelodeon series iCarly. He provided the voice of Wedge Antilles in the Disney XD animated series, Star Wars Rebels. In 2014, Kress co-starred in his first major film, Into the Storm, and had a major role as “The New Law” in the web show Video Game High School. He made his directorial debut with Henry Danger in 2015. 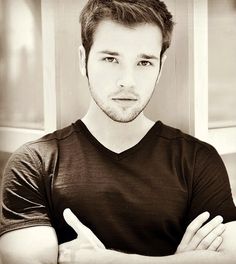 Born Nathan Karl Kress on November 18, 1992 in Glendale, California, to parents Rita and Steven M. Kress, he has two older brothers named Kevin and Andrew. Kress started acting and professionally modeling at the age of four, and was cast in the lead role as “The Emperor” in a school production of The Emperor’s New Clothes. In 2015, he married actress London Elise Moore. Together they have one daughter, Rosie Carolyn Kress.

Nathan Kress Facts:
*He was born on November 18, 1992 in Glendale, California, USA.
*His ancestry includes German, English, Scots-Irish/Northern Irish, and Scottish.
*He has been acting since the age of 4.
*He won a Jury Honorable Mention Award at the 168 Hour Film Festival for the role of Albert in a short film, Bag.
*He played the lead role of Freddie Benson in Nickelodeon’s teen sitcom, iCarly.
*Follow him on Twitter, Facebook and Instagram.