Park Bom is a South Korean singer. She is best known as a former member of the South Korean girl group 2NE1, which became one of the most popular and successful girl groups worldwide before her departure from the group in April 2016. As part of her solo career, Bom has released two singles, “You and I” and “Don’t Cry”, which reached #1 on the Gaon Digital Chart, the national music chart of South Korea. She had a cameo appearance in the 2009 South Korean comedy film Girlfriends. 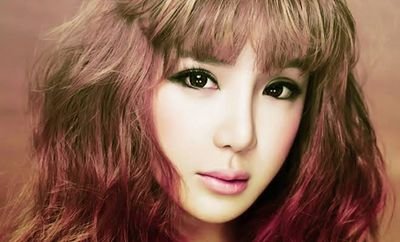 Born on March 24, 1984 in Seoul, South Korea, she left Korea when she was in 6th grade to study in USA. She has an older sister named Park Go-eun. Bom did her schooling from Gould Academy in the United States, and majored in psychology from Lesley University. She began her musical career in 2006, featuring on singles released by labelmates Big Bang, Masta Wu, and Lexy.

Park Bom Facts:
*She was born on March 24, 1984 in Seoul, South Korea.
*Her older sister, Park Go-eun, is a cellist.
*She was diagnosed with attention-deficit hyperactivity disorder (ADHD) whilst attending junior high school in the United States.
*She attended the Berklee College of Music.
*She debuted in 2009 as a member of South Korean girl group 2NE1 alongside Minzy, CL and Sandara Park.
*She is a huge fan of Mariah Carey.
*She has two dogs named Danchoo and Choco.
*Follow her on Twitter and Instagram.