Indian actress, model, and VJ who works predominantly in Hindi films. And also appeared in English and Telugu films. She had her film debut in Padam Kumar’s 2013 Supari. Her other movie credits include Life Mein Kabhie Kabhiee, Main Aurr Mrs Khanna, Aggar, Sirf, Bhootnath and the 2009 film Kurbaan. As a model, she has appeared for several advertisements under leading brands such as Head & Shoulders, Britannia Little Hearts Biscuits, and Ayurvedic Concepts (now Himalaya). Nauheed was born on October 19, 1982 in Mumbai, Maharashtra, India to an Indian descent Parsee Zorastrian family. She is married to beau Rustom. 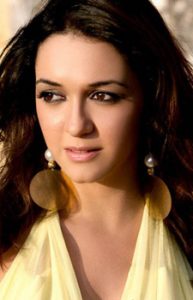 Nauheed Cyrusi Facts:
*She is one of the few Parsi artistes in India.
*She has appeared in youth-oriented tele-series Hip Hip Hurray.
*She had the desire of becoming an air hostess, but after modelling for 3 years, she decided to become an actress.
*She was amongst the top five competitors in the Level 2 of popular TV show ‘Khatron Ke Khiladi’.
*She has a dog named Satch.