Canadian actor and filmmaker who won three Gemini Awards for acting. He is best known for his portrayal of Dominic Da Vinci on the Canadian television series Da Vinci’s Inquest and has appeared in several films, including Naked Lunch, Prozac Nation, New Waterford Girl. Campbell received the Gemini Award for best performance in a continuing leading dramatic role for his work on Da Vinci’s Inquest. Other notable acting roles include A Bridge Too Far, Cinderella Man, Republic of Doyle, Less Than Kind, and Coroner. As a filmmaker, he wrote and directed the documentary Stepping Razor; Red X. Born on March 24, 1952 in Toronto, Canada, he is the son of a Russian mother who escaped a Nazi concentration camp and a Canadian of Scots descent. He studied pre-law, English and Drama at Queen’s University in Kingston, and spent five years in England, first at the London Drama Studio and then at the Royal Academy of Dramatic Arts (RADA). He has been married three times and has three children. 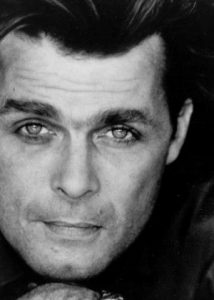 Nicholas Campbell Facts:
*He was born on March 24, 1952 in Toronto, Canada.
*He was raised in Montreal, Canada.
*He studied pre-law at Queen’s University in Kingston.
*He played Dominic Da Vinci in the television series, Da Vinci’s Inquest.
*He is the uncle of Jagger Chase.
*Follow him on Twitter.