Nicholas D’Agosto is an American actor who starred as Sam Lawton, the male lead character, in the 2011 thriller-horror film Final Destination 5. He also starred in the Showtime series Masters of Sex and the Fox series Gotham, and had recurring roles in Heroes and The Office. In 2017, D’Agosto starred as Josh Segal in the NBC mockumentary legal comedy series, Trial & Error. Born on April 17, 1980 in Omaha, Nebraska, to parents Deanna and Alen D’Agosto, he is the middle child of five, with two older brothers named Andrew and Patrick, and two younger sisters named Julie and Katie. He is of Italian descent on his father’s side, and of Dutch, Norwegian, English, Scottish, and German descent on his mother’s side. He began acting when he was 11. He attended Creighton Preparatory School and graduated in 1998. He graduated cum laude in 2002 with a double major in history and theatre from Marquette University in 2002. He is residing in Los Angeles, California with his wife and son. 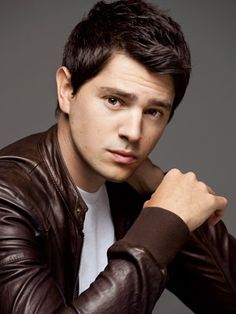 Nicholas D’Agosto Facts:
*He was born on April 17, 1980 in Omaha, Nebraska, USA.
*He is the middle of five children.
*He is of Italian descent, with some roots in Sicily on his father’s side.
*His father is from Omaha, while his mother is from Sioux City, Iowa.
*He was raised Roman Catholic.
*He began acting when he was eleven years old.
*Follow him on Twitter, Tumblr, Facebook and Instagram.