Nicole Kidman is an Australian-American actress and producer who won an Academy Award for Best Actress for her portrayal of Virginia Woolf in Stephen Daldry’s The Hours. She has also starred in such films as Moulin Rouge!, Cold Mountain, Rabbit Hole, and Lion. Her other notable film appearances include: The Others, Dogville, Birth, The Stepford Wives, Australia, The Paperboy, Paddington, Destroyer, Aquaman and Bombshell. In 2012, Kidman starred in the HBO film Hemingway & Gellhorn. She produced and starred in the HBO drama series Big Little Lies (2017–2019), for which she won a Golden Globe and a Primetime Emmy Award for Outstanding Lead Actress. Born Nicole Mary Kidman on June 20, 1967 in Honolulu, Hawaii, to parents Janelle Ann and Antony David Kidman, she grew up in Sydney, Australia. She is of English, Scottish, and Irish descent. She has a younger sister, Antonia Kidman, a journalist and TV presenter. She has been married to Keith Urban since 2006. She was previously married Tom Cruise from 1990 to 2001. She has three daughters named Sunday, Faith and Isabella and a son named Connor. 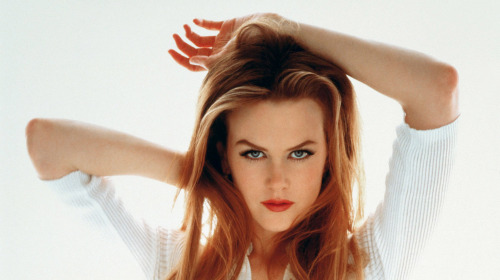 Nicole Kidman Facts:
*She was born on June 20, 1967 in Honolulu, Hawaii, USA.
*She moved with her parents to Sydney, Australia when she was four years old.
*She used to work as a massage therapist to help support her mom, who was diagnosed with breast cancer.
*She made her film debut in the Australian drama Bush Christmas in 1983.
*She had her breakthrough in 1989 while Rae Ingram in the psychological thriller Dead Calm.
*She made her Hollywood debut opposite Tom Cruise in Tony Scott’s auto-racing film Days of Thunder (1990).
*She is the recipient of various accolades including; an Academy Award, two Primetime Emmy Awards, and four Golden Globe Awards.
*She won the Academy Award for Best Actress for portraying the writer Virginia Woolf in the drama The Hours.
*She is the first Australian actress to win the Best Actress Academy Award.
*She received a Star on the Hollywood Walk of Fame in 2003.
*She was named among the highest-paid actresses in the world in 2006, 2018, and 2019.
*Visit her official website: www.nicolekidmanofficial.com
*Follow her on Facebook, YouTube and Instagram.