Indian actress and model who rose to fame after appearing in Kannada films such as Pancharangi and Krishnan Marriage Story. As a model, she has appeared in numerous television advertisements. She made her acting debut in the Kannada film Abhimaani which was released in 2009. Her first Bollywood film was satirical comedy-drama film Oh My God. Her other films include Ajab Gazabb Love, Veera Bahu, Anna Bond, and Direct Ishq. Nidhi Subbaiah was born on 16 February 1987 in Kodagu, Karnataka, India. She is the only child of her parents Bollachanda Subhash Subbaiah and Jhansi Subbaiah. 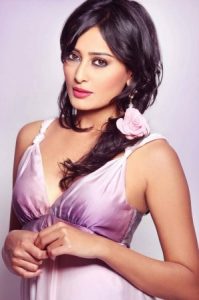 Nidhi Subbaiah Facts:
*She’s an only child.
*His first role was in the 2009 film Abhimaani.
*She received a Special Appreciation Award at the South Indian International Movie Awards in 2012.