Noah Gray-Cabey is an American actor and pianist. He is best known for his performances in the television series My Wife and Kids and Heroes. He made his film debut as Joey Dury in Lady in the Water. He has also appeared on such TV shows as The Tonight Show, Ripley’s Believe It or Not, 48 Hours, Good Morning America and The Oprah Winfrey Show. Born in Chicago, Illinois, on November 16, 1995, to Whitney Gray and Shawn Cabey, Noah Gray-Cabey grew up in Newry, Maine. He is of African-American descent on his father’s side, and of European descent on his mother’s side. He is a 2011 graduate of Paraclete High School. He later attended Harvard University. 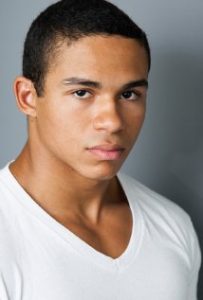 Noah Gray-Cabey Facts:
*He was born in Chicago, Illinois and grew up in Newry, Maine.
*He began playing piano using a toy keyboard.
*His hobbies include animals, airplanes, inventing and fencing.
*He has two dogs and one cat.
*Visit his official website: www.noahgraycabey.com
*Follow him on Twitter and Instagram.