Actress Odette Annable is best known for her portrayal of Dr. Jessica Adams in the Fox medical drama series House, Aubrey Diaz in the ABC drama series October Road, and Elizabeth “Beth” McIntyre in the sci-fi thriller Cloverfield. She has also starred in Life on Mars, Monk, Two and a Half Men, The Astronaut Wives Club, and The Truth About Lies. She played Vanessa in Group Sex. Born Odette Juliette Yustman in Los Angeles, California, on 10 May, 1985, she is the daughter of Victor and Lydia Yustman. She is of French and Italian descent on her father’s side, and of Cuban descent on her mother’s side. She attended and graduated from Woodcrest Christian High School, Riverside, California. She has been married to Dave Annable since 2010. Together they have one daughter, Charlie Mae Annable. 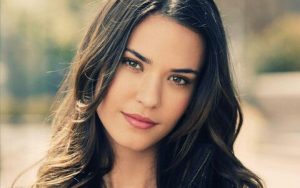 Odette Annable Facts:
*She is the daughter of a Colombian father and Cuban mother.
*She is fluent in Spanish.
*At age five, she portrayed Rosa in The Kindergarten Cop with Arnold Schwarzenegger.
*She was once engaged to actor Trevor Wright.
*She was ranked #88 in FHM’s Sexiest Women in the World List of 2008.
*She is a big fan of Angelina Jolie.
*Follow her on Twitter and Instagram.