Oliver Masucci is a German actor. He is best known for his portrayal of Adolf Hitler in the 2015 film adaptation of the satirical novel Er Ist Wieder Da, and for his role as Ulrich Nielsen in the 2017 Netflix original series Dark. In 2017, Masucci played Hagen Kutscha in the award-winning TNT mini-series 4 Blocks. Born on December 6, 1968 in Stuttgart, Germany, his mother is German and his father is Italian. Masucci was raised in Bonn, Germany. He has three children. 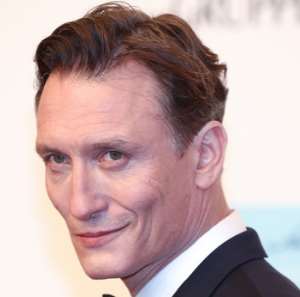 Oliver Masucci Facts:
*He was born on December 6, 1968 in Stuttgart, Germany.
*He is the son of a German mother and an Italian father, who ran several restaurants in Bonn.
*He made his film debut in Andy (1992).
*He played Adolf Hitler in the award-winning German satire Er Ist Wieder Da (2015), for which he received a German Film Award nomination for Best Performance by an Actor in a Leading Role.
*He played Ulrich Nielsen in the Netflix series Dark (2017).
*He is a member of The German Film Academy.
*Follow him on Instagram.