Actress Olivia Thirlby was born Olivia Jo Thirlby on October 6, 1986 in New York City, New York, to an advertising executive mother and a contractor father. She belongs to Ashkenazi Jewish and English descent. She began acting professionally in 2003, and plans to pursue a career in both theater and film. She is best known for her roles as Leah in the Oscar-winning film Juno, as Natalie in The Darkest Hour and as Judge Cassandra Anderson in Dredd. Thirlby is very beautiful lady with brown hair. Her eye color is Dark brown. She has a height of 5 feet and 4 inches which is around 163 cm. 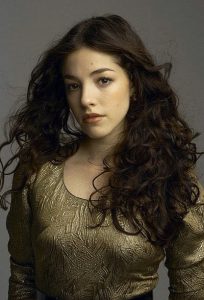 Olivia Thirlby Facts:
*Best friends with Zoë Kravitz.
*Played a supporting role as Leah in the Oscar-nominated film Juno.
*She was still in high school when she was offered a role in the film The Secret.
*She was also named one of Vanity Fair’s top picks for “Hollywood’s New Wave,” alongside Emma Roberts, Kristen Stewart, and the cast of The Gossip Girl.