Omi Vaidya is an American actor of Indian descent. He is best known for his role as Chatur Ramalingam (or “The Silencer”) in the 2009 Bollywood film, 3 Idiots. He portrayed Milind Kelkar in the 2011 romantic comedy film Dil Toh Bachcha Hai Ji. Other notable acting roles include Sadiq in The Office, Hamid Hirani in Bones, and Ajay in Desi Boyz. Apart from that he has directed two short films and worked as an editor on others. Born on January 10, 1982 in Yucca Valley, California, he has Marathi ancestry. He attended Los Angeles County High School for the Arts, followed by University of California, Santa Cruz. Vaidya later completed his graduation from the Tisch School of the Arts at New York University and graduated with honors. He has been married to Minal Patel since August 22, 2009. They have a son together. 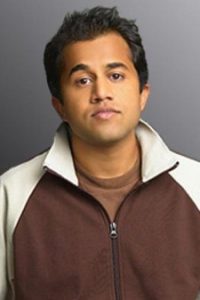 Omi Vaidya Facts:
*He was born on January 10, 1982 in Yucca Valley, California, USA.
*His parents are Maharashtrians.
*He started acting when he was about six in Marathi mandal nataks and some English plays in the US.
*He made his feature film debut in Internet Date (2004).
*He was featured on a Punjabi song called Kurti in 2006.
*His favorite eras are Mahabharata and Ramayana.
*Follow him on Twitter and Facebook.