Omotola Jalade Ekeinde is a Nigerian actress, singer, philanthropist and former Model who has worked in over 300 films throughout her career. She’s also a well-known philanthropist, spokeswoman and spokesinger for the World Food Program, Save the Children UK, and Amnesty International. Born Omotola Jalade on February 7, 1978 in Lagos, Nigeria to parents Oluwatoyin and Oluwashola Jalade, she has two younger brothers, Bolaji and Tayo. She was educated at Chrisland School, Opebi (1981–1987), Oxford Children School (1987), Santos Layout, and Command Secondary Schoo,l Kaduna (1988–1993). She started her career as a model, and made her Nollywood film debut in 1995. She is married to Capt. Matthew Ekeinde, with whom she has four children. 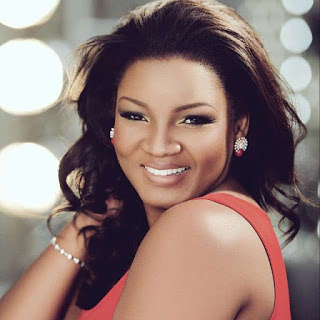 Omotola Jalade Ekeinde Facts:
*She was born on February 7, 1978 in Lagos, Nigeria.
*She began her career as a model.
*She is widely considered to be one of the most famous actresses of Africa.
*In 2013, she was named as one of the most influential people in the world by TIME Magazine.
*She is the first Nigerian artist to attend the Grammys.
*Follow her on Twitter, Facebook and Instagram.