Parker Young is an American actor and model. He is best known for his portrayal of Ryan Shay on ABC’s Suburgatory, and for his role as Randy Hill on Fox’s Enlisted. He is also known for his role as Richard on the Bravo series Imposters. Young’s other notable works include Days of Our Lives, Things You Shouldn’t Say Past Midnight, Arrow, I Feel Bad, and A Million Little Things. He has also modeled for Calvin Klein and Tommy Hilfiger. Born on August 16, 1988 in Tucson, Arizona, to parents Karl and Zarina Young, he is the oldest of three children. He enjoyed playing sports, rock climbing, paintballing, and exploring the Sonoran desert as a youth. He attended and graduated from Catalina Foothills High School, and moved to Los Angeles to pursue an acting career while he first planned to attend Pepperdine University. He has a daughter named Jaxon Orion Young with his fiancée, Stephanie Webber. 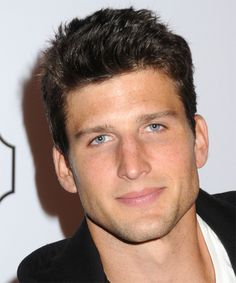 Parker Young Facts:
*He was born on August 16, 1988 in Tucson, Arizona, USA.
*While attending Catalina Foothills High School, he was football captain, occupying the position of running back.
*His interest in theatre surfaced when Young was in junior year.
*Follow him on Twitter, Facebook and Instagram.