Paula Patton is an American film and television actress. Patton has starred in the films Déjà Vu, Precious, Idlewild, Mission: Impossible – Ghost Protocol, Jumping the Broom, Swing Vote, 2 Guns, and Warcraft. In 2017, Patton portrayed the role of Laura Price in the ABC mystery limited drama series Somewhere Between. Born Paula Maxine Patton on December 05, 1975 in Los Angeles, California, to parents Joyce (Vanraden) and Charles Patton, Patton’s dad is African-American while her mom is caucasian, and has English, German, and a small amount of Dutch, ancestry. She graduated from Hamilton Magnet Arts High School in Los Angeles and then attended the University of California at Berkeley and University of Southern California. She made her film debut in the 2005 comedy Hitch, alongside Will Smith and Eva Mendes. She married singer Robin Thicke in 2005, and the couple had a son named Julian in April 2010 before getting divorced in 2015. 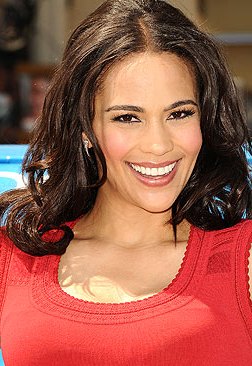 Paula Patton Facts:
*She was born on December 05, 1975 in Los Angeles, California, USA.
*Her father is African-American and her mother is white.
*She graduated from the University of Southern California’s Film School.
*In 1993, she began dating singer Robin Thicke and wed in 2005.
*In 2015, she became spokesperson for the “Ellen Tracy” fashion brand.
*Follow her on Twitter, Facebook and Instagram.