Paulina Rubio is a Mexican singer and songwriter who won six Latin Billboard Music Awards from 10 nominations. Rubio is best known for her hit singles “Mío”, “Amor de Mujer”, “Nieva, Nieva”, “Lo Haré Por Ti”, “Y Yo Sigo Aquí”, “Causa y Efecto”, “El Último Adiós”, “Boys Will Be Boys”, “Mi Nuevo Vicio”, “Yo No Soy Esa Mujer”, “Ni Rosas Ni Juguetes”, “Don’t Say Goodbye”, “Te Quise Tanto” and “Ni Una Sola Palabra”. Born Paulina Susana Rubio Dosamantes on June 17, 1971 in Mexico City, Mexico, she is the daughter of Susana Dosamantes, an actress, and Enrique Rubio González, a lawyer. She is of Galician (Spanish) descent on her father’s side, and of Mexican descent on her mother’s side. Rubio started her career in 1982 with the band Timbiriche and has been the most popular Latin acts in the world to the early-1990s. She signed to record label EMI Music in 1992 and released her first studio album La Chica Dorada. In 1997, she left EMI and signed with Universal Music where she released her self-titled studio album which achieved remarkable success. She married Nicolás Vallejo-Nágera in 2007, and the couple had a son named Andrea Nicolás Vallejo-Nájera Rubio in 2010 before getting divorced in 2013. In 2013, Rubio began dating Mexican singer Gerardo Bazúa with whom she has a son named Eros. 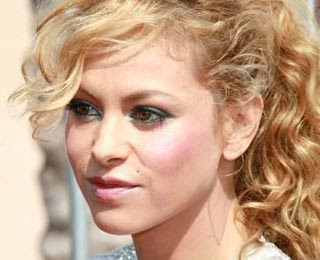 Paulina Rubio Facts:
*She was born on June 17, 1971 in Mexico City, Mexico.
*She is the daughter of Mexican actress Susana Dosamantes.
*She studied dancing/singing at El Centro de Capacitacion de Televisa.
*She began her career in 1982 with the band Timbiriche.
*She began her solo career with the EMI Music label in 1992 and in 2000 she continued with Universal Music.
*One of the highest-selling Latin artist.
*Her single “Y Yo Sigo Aquí” became one of the most successful latin singles of the 2000s, and was nominated to Latin Grammy Award for Song of the Year.
*She has sold over 20 million records world wide.
*She is close friends with Argentinian TV hostess Susana Giménez and Jenni Rivera.
*She was married to Nicolas Vallejo Najera and they have a son, Andrea Nicolás Vallejo Rubio.
*She dated singer Gerardo Bazúa from 2013 to 2018.
*Visit her official website: www.paulinarubio.com
*Follow her on Twitter, YouTube, Facebook and Instagram.