Persia White is an American actress and singer. She is best known for her portrayal of Lynn Searcy in the long running hit CW series “Girlfriends.” Her other notable television appearances include: Angel, NYPD Blue, The Steve Harvey Show, Brooklyn South, Buffy the Vampire Slayer, and Breaker High. She has also appeared in the films Blood Dolls, Red Letters, Spoken Word, Dysfunctional Friends, Black November, and No Mo Games. White is also a member of the industrial rock band XEO3, and a solo singer who released her debut album Mecca in 2009. Born Persia Jessica White on October 25, 1972 in Miami, Florida, to a Bahamian father and an Irish-American mother, she was raised in Nassau, Bahamas and Miami, Florida. She has been married to Joseph Morgan since July 5, 2014. She was previously married to Saul Williams. She has a daughter named Mecca with her ex-boyfriend. 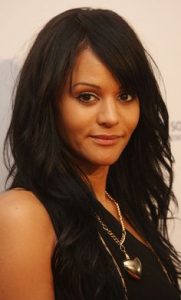 Persia White Facts:
*She was born on October 25, 1972 in Miami, Florida, USA.
*She is Puerto Rican, African-American and Irish.
*Her father was paralyzed in a car accident when she was 3.
*As a teen, she studied dance, singing, acting, and painting.
*From 2000 to 2008, she starred as Lynn Searcy in the popular CW series “Girlfriends.”
*She is a vegan, a human and animal rights advocate, and environmentalist.
*She was honored by People for the Ethical Treatment of Animals (PETA) as a 2005 Humanitarian of the Year.
*Visit her official website: www.persia-white.com
*Follow her on Twitter, SoundCloud, Facebook and Instagram.